I spend many hours a week with my head in financial independence blogs. (Maybe that’s why I’m single 😉 ). What often jumps out at me is how the majority of writers are part of a couple. That observation is not unusual – any single person will tell you that wherever you go, the rest of the world seems to be in couples. But more of us are choosing the single life (or having it forced upon us) than ever before.

This post is about my journey – what it’s been like for me being single and working towards financial independence.

Happiness Isn’t All About the Money

I have been a single parent now for eight years. Whilst the children were small, I worked part-time and there wasn’t a lot of money floating around. My ex-husband had left the home and then lost his job and for a couple of years I supported myself and the children on my part-time salary alone.

We didn’t have much to spare but it was a lifestyle choice – I wanted to be there for my children as much as I could, for both their benefit and mine. I was willing to sacrifice earning more to spend more time with the children. 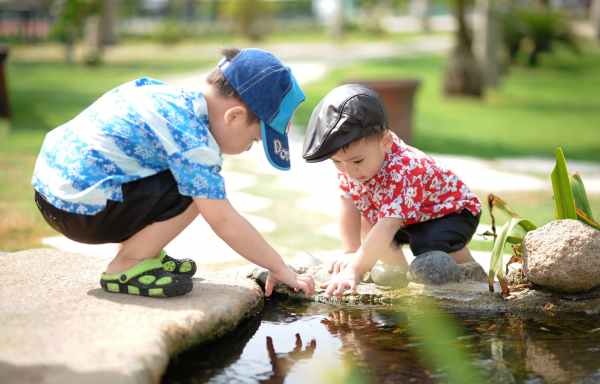 In all honesty, I don’t recall feeling particularly short of money. I was so happy to be free of all the negatives that come with a failing relationship, it’s almost like I was living in a bubble. We had everything we needed – a roof over our heads, enough money for the necessities and lots of time to spend together and figure out our path as a unit of 3 instead of 4.

Maybe the fact that I have quite simple tastes in life helped. I was grateful for everything I had – not pining for those things I didn’t.

I wasn’t saving a lot at this stage of my life. Some, but not a lot.

As the boys got older and more independent I gradually increased my hours until I was working full-time again. Whether we care to admit it (and whether we agree on the reasons or not), working part-time can be extremely career limiting for single parents. But once back to full-time employment I worked hard to rise back up the career ladder, happily taking the extra salary that came with it.

I was able to increase my savings rate as I started to earn more. But more importantly for my future (although I didn’t realise it at the time), I was investing in myself.

There was something special about those years in that I could see myself advancing at work and being happy as a single parent – feeling like life was under control and I was doing it – all by myself. It spurned something inside me that wanted to escalate this personal growth. I began to seek out books about self-development and personal finance.

Looking back through my journal recently, I found my reading list from that time and I would wholeheartedly recommend all of these:

These were the books that influenced me more than anything else in my life had done before. They seem to be the perfect combination of self-improvement / performing better at work /  earning more money / and investing it effectively.

I had always thought that being rich was only really possible for the entrepreneurial types (and I’m not one of those). But through this reading, my eyes were opened to the possibility that being financially successful was realistic even for the faithful employee type like me. I started to apply the principles and my nest egg began to grow.

Researching more about The Miracle Morning, I discovered Hal Elrod’s podcast. Until this point, I was vaguely aware that podcasts were “a thing” but I hadn’t listened to any. I began to listen while walking the dog every morning and I can only describe it as like that moment on an aeroplane when your ears pop – you hadn’t realised you weren’t hearing properly until suddenly everything becomes clear.  A whole new world of knowledge opened up in front of me. Hal Elrod led to Tim Ferris which led to the Mr Money Mustache interview – and the rest is history.

The Advantages of Going it Alone

Once I discovered the principles of FIRE I had nobody else to convince. I could immediately start applying my knowledge and putting plans into action. Among the many podcasts in my feed – how to get a spouse on board with financial independence is a common theme. Well I obviously didn’t have to do that. Once my mind was made up I was on my way.

And when I sit and reflect on where I am now, I can see many other advantages of being single when seeking financial independence.

It’s Not All Roses….

This is not going to turn into a rant about how all relationships are doomed from a jaded cynic fed up with life! Quite the opposite. I read about and listen to many happy couples making this dream work together. I look on with admiration and I’ve learned a lot from them. But I want to show that there are many paths to FIRE and it can be done as a single person or as a single parent.

Yes, there are disadvantages. No, I’m not going to list them all and compare and contrast the upsides and downsides; that’s not what this post is about (and that’s probably what the jaded cynic would do)!

…. But Roses Line the Path

Whatever our status in life, there will be upsides and downsides. And picking our way through them and how we react to what life throws at us is what makes us “us”.

If you had asked me back in the days of toddler groups and soggy breadsticks could I see myself being financially independent in my future, I would have laughed. Surviving day by day and falling into bed in an exhausted heap, was just how life was back then.

But ask me now – what does it feel like to be seeking FIRE as a single parent? It feels great actually. It feels liberating and exciting and full of possibilities.

Life moves on, children grow up, relationships fail and relationships thrive. There are paths through all those things to our dreams – it’s our choice whether we take them.